1. It takes a hell of a lot of pipes and wires to feed the desires of a 21st century lifestyle.

Honestly, you’d have to see it to believe it. There’s barely a foot of internal wall that hasn’t got services running through it.

There are pipes to the multiple bathrooms with their twin-headed showers, heated towel rails, baths, bogs and basins. Underfloor heating throughout; a water softener to extend the life of machines which will wash our crockery and smalls. There will be iced water piped from the fridge… and boiling water on tap. A proliferation of flushing, washing and draining that must all be carried away (through even more pipes) to a 21st century, biodigesting sewerage tank (no mains drainage here on the farm) with a pump (electrically powered) to aerate our sewerage and encourage the growth of shit-munching bacteria.

We’ve got three double sockets in each of two offices and a kitchen that’s wired to cook up a banquet. Pendant… wall… recessed… and outside lighting with two-way, three-way (and four-way?) switches. There’s TV cable to all of the bedrooms (although we’ve never, ever watched telly in bed – future proofing for laziness), Ethernet cable to multiple rooms and USB sockets littered throughout the building to enable the charging of gadgets. There will be pumps for the showers (essential given our water pressure, or lack thereof) and illuminating bathroom mirrors (becoming essential given our middle-aged eyesight, or lack thereof).

This all must have come as something of a shock to our water-less, powerless, little old 19th century barn (it came as a shock to me and I planned it). I guess 19th century farmers must have just downed their tools in the dark days of winter. There’s progress for you 😉 Goodness knows how they charged their phones.

It seems the complexity of wires in our build is even getting to the electrician. He thinks he saw a kangaroo outside. 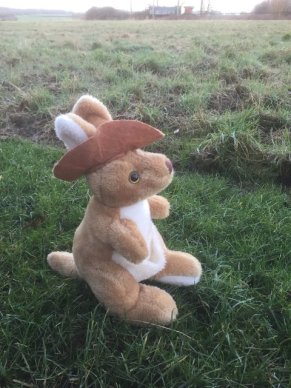 I imagine he’s regretted saying that out loud, the piss-taking has been ruthless.

2. The dog likes to eat plaster. 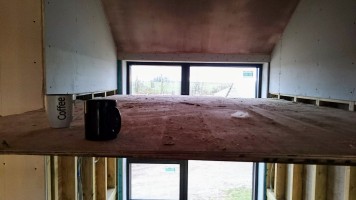 Who knew that gypsum was a canine delicacy?

That 15k quote has begun to make sense. The Farmer and the Engineer carried out endless mathematical calculations. They drew diagrams, built models, welded, tweaked, sweated and swore over stairs Mk I… 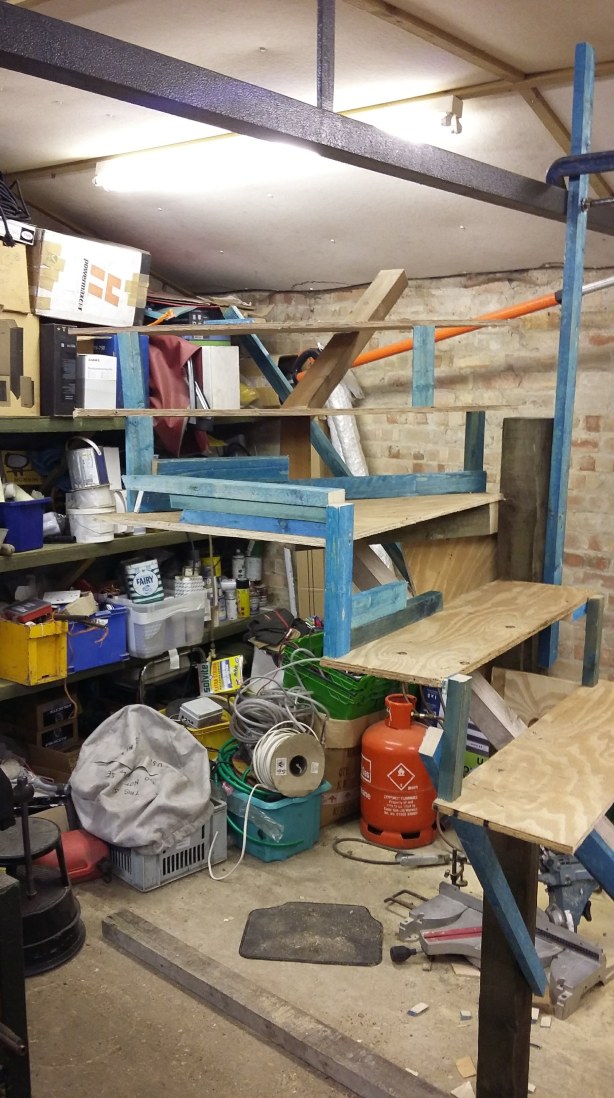 … before dismantling them and starting again.

But stairs Mk II are looking good! They’ve got as far as being tested in situ and, yes, they fit! 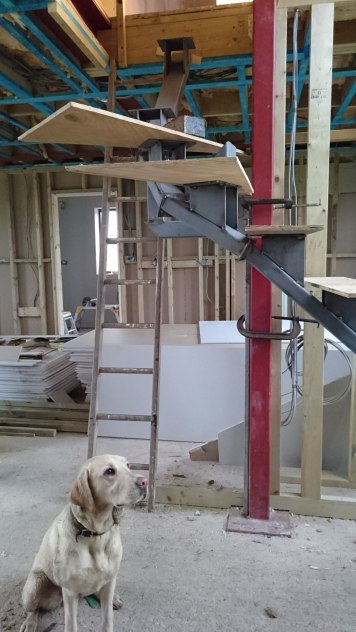 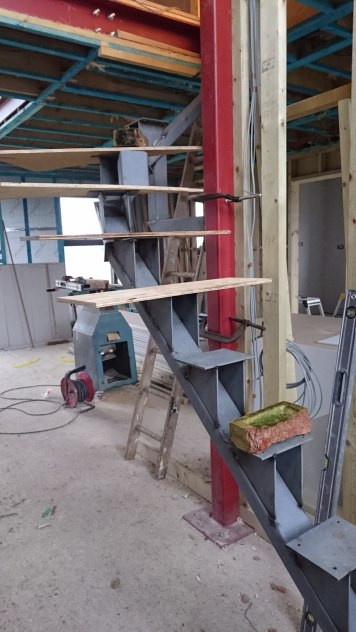 Impressive, huh? Still to be fine-tuned and some rough edges for smoothing but the dog and I are very much looking forward to losing that bloody ladder.