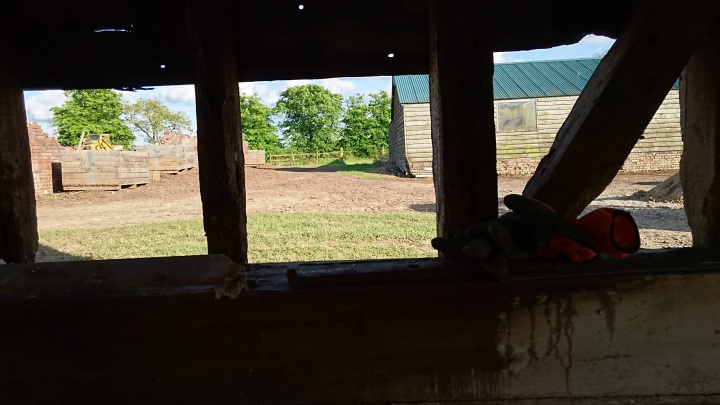 “They built them to last back then.”

Our sturdy little barn got the thumbs up from building control for her rather impressive foundations. She’s planted in the ground to a depth which exceeded our building regulation requirements, and that’s saved us a heap of time and money (not to mention the backs of our building team who would still be shovelling earth from beneath her walls, or laid up in traction somewhere if she hadn’t been “built to last”.

Clever little chaff barn, I grow fonder of her by the day.

As it is, things have raced on apace and that’s caught me on the hop. You see, I might have decided where those wind chimes are going but I hadn’t placed the bogs and sinks with any final-decision conviction. They’ve been tested on every wall in my 3D simulation (those walls are still moving at whim) and I’ve looked at lots of pictures… but now, suddenly, my water and waste pipes must be positioned in actual real life.

I was advised that, in an ideal world, the pipes should emerge in the vicinity of my sanitary fixtures. Funny, the things you don’t think of. Or I could make a feature of the plumbing, of course, and run drains through every room.

It’s dawned on me that the builders and I are viewing the building plans from slightly different perspectives. They think what’s ruled on the paper is what they’re meant to be building. I see the drawings as more of a, erm, serving suggestion.

There has been muttering in the ranks. Something along the lines of “if we build it fast enough she won’t be able to change anything…”

Now the buggers want to know where the entrance doors are going. I caught them trying to chop the brickwork out while I wasn’t looking…

So I sent The Farmer down with my changes, and let him take the flak. 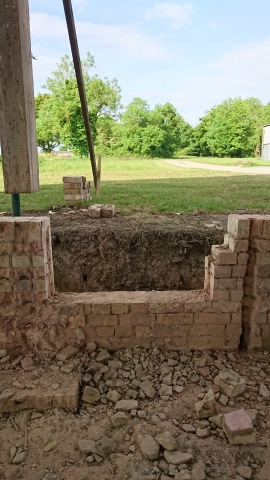