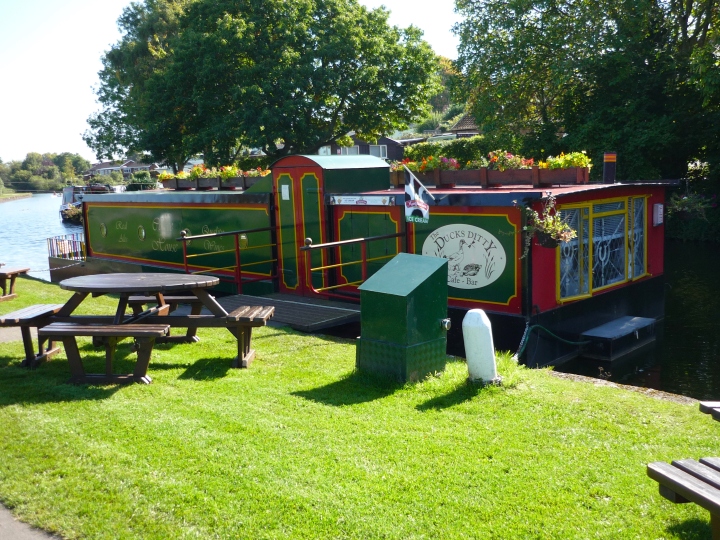 I’m welcoming Chrissie Parker to the farmhouse kitchen today – do grab a chair and join us.

Chrissie is passionate about ancient history, archaeology, travel, and the beautiful countryside around her Devon home where she lives with her husband.

A woman of many talents, Chrissie is also learning to play the ukelele, and that’s alongside her work as the author of thrillers, historical fiction and poetry. Her novel Among the Olive Groves won an historical fiction award in the 2016 Summer Indie Book Awards.

Today, Chrissie is walking us along the Grand Western Canal. It sounds, and looks, truly magical.

The Beauty of the Grand Western Canal

I love being a writer, but sometimes it can be quite solitary and a break is needed from sitting behind the computer. Near to where I live in Devon, is the Grand Western Canal. It’s just over eleven miles long and starts at Tiverton basin, winding its way through the rolling mid-Devon countryside, before ending abruptly at Lowdswells close to the Somerset border.

The Grand Western Canal was the last canal to be built in the UK, work started on it in 1810 and finished in 1838. The original intention was for it to link up with the Taunton canal/river Tone, but it was never completed due to the advent of the railways which is why it ends so abruptly. The canal was built to transport coal and limestone, there are two old limekilns, the remains of an old quarry railway, and The Waytown Tunnel – a barge wide tunnel at Greenham. The canal meanders its way through the countryside, and has no locks due to the way it was constructed. At Lowdswells the canal continues as a rough, dry section, and it is possible to walk the intended route, around 13miles, to Taunton. This section has remnants of locks and lifts, and  I especially love exploring this section, wondering what it would have looked like if it had ever been completed.

Nowadays, the canal is a conservation area. There is a lot to see especially if you love a multitude of wildlife that includes swans, moorhens, ducks, and a variety of other birds such as birds of prey and kingfishers. Pike and other fish haunt the depths of the water hiding among the vegetation and it is also home to elusive otters. The canal is beautiful, serene, and a perfect place to walk whatever the weather. In winter fog hugs the water and ice clings to the bare branched trees. In spring the towpath fills with colour as daffodils, bluebells and primroses bloom in riotous colour. In summer growing cygnets paddle the water accompanied by their proud parents, enjoying the bright sunshine. In autumn leaves of russet and gold flutter to the towpath and vegetation dies back to prepare for another winter. 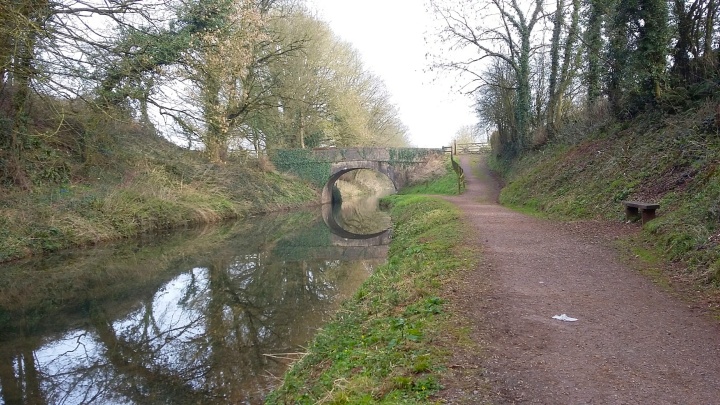 As well as being a haven for wildlife the canal is also a popular tourist attraction. Runners, walkers and cyclists stretch their legs daily, kayakers and paddle-boarders explore the water, and fishermen cast their lines in search of a catch. At Tiverton basin the history and heritage of the canal is displayed in a small museum, a colourful horse-drawn barge offers visitors the chance to experience a trip along the canal, and there are two tearooms, where weary visitors can rest their feet.

Wherever you look, there is much evidence of the old canal industry, and I love imagining what the area would have been like at its height during the industrial revolution, as it seems so far away from the conservation area that it has now become. As well as the canal so many other interesting things sit right on my doorstep. We’re surrounded by public footpaths that take walkers across fields, up the back of the old quarry and through a long avenue of trees. Others wind their way across fields of corn, sheep and cows to surrounding villages, and there is an old monastery that dates back centuries.

Each time I step out from behind my computer and go for a walk I’m very grateful to be able to live where I do. No two walks are the same and I really do live in the most beautiful place in the UK.